The Most Common Dream in Every Country

Are you #curious about dreams? The world map from Mornings.co.uk shows the most commonly Google-searched #dream in every country where data was available. 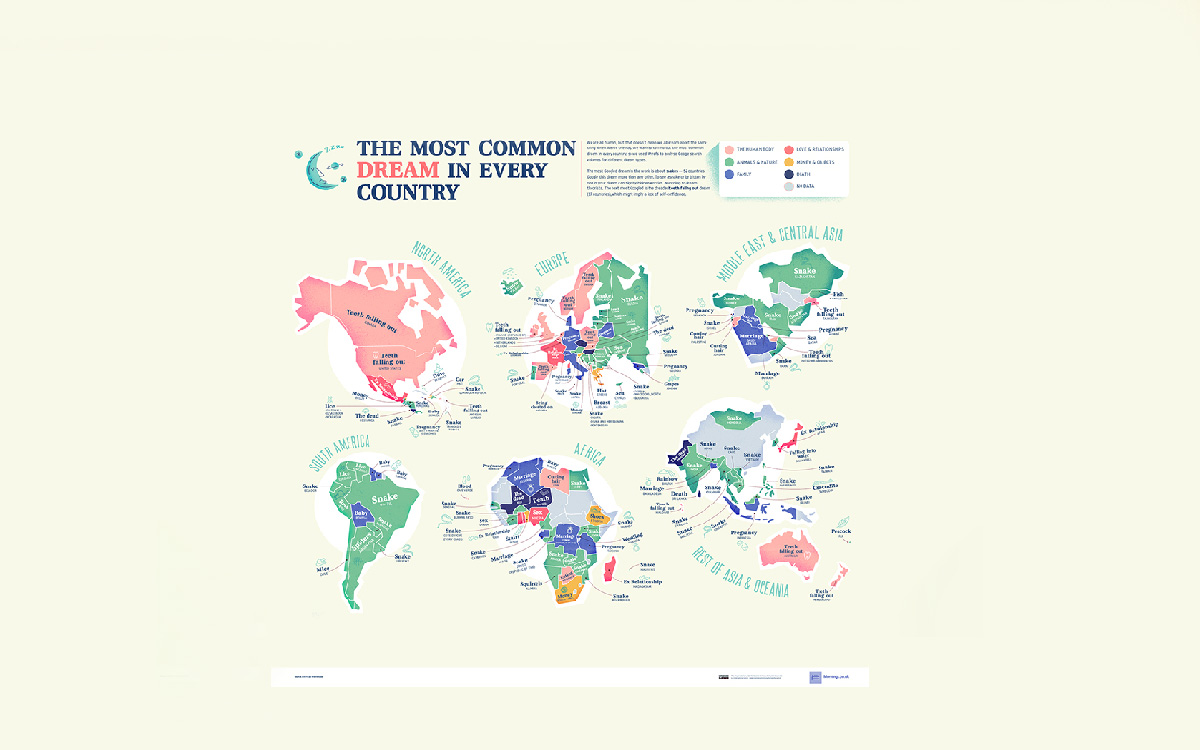 Are you #curious about dreams? The world map from Mornings.co.uk shows the most commonly Google-searched #dream in every country where data was available.

The entire world fantasizes about #snakes. More countries dream of snakes than any other subject, and it is the most common in more than a third of the countries surveyed. Snake dreams are especially 'popular' in Eastern Europe, Asia, and Africa. The snake lends itself to symbolic interpretation, but in some snake-inhabited areas, a snake is simply a snake. Snakes, on the other hand, can crawl in the opposite direction. There is no more terrifying nightmare than the fear of losing your teeth, which is the world's second most common dream.

You can find out more about this subject on: https://mornings.co.uk/most-common-dream-by-country/