The Best Exhibitions in London in 2021

Since London museum and galleries re-opened on May 17 we are eager to check out some of London's best exhibits this year. 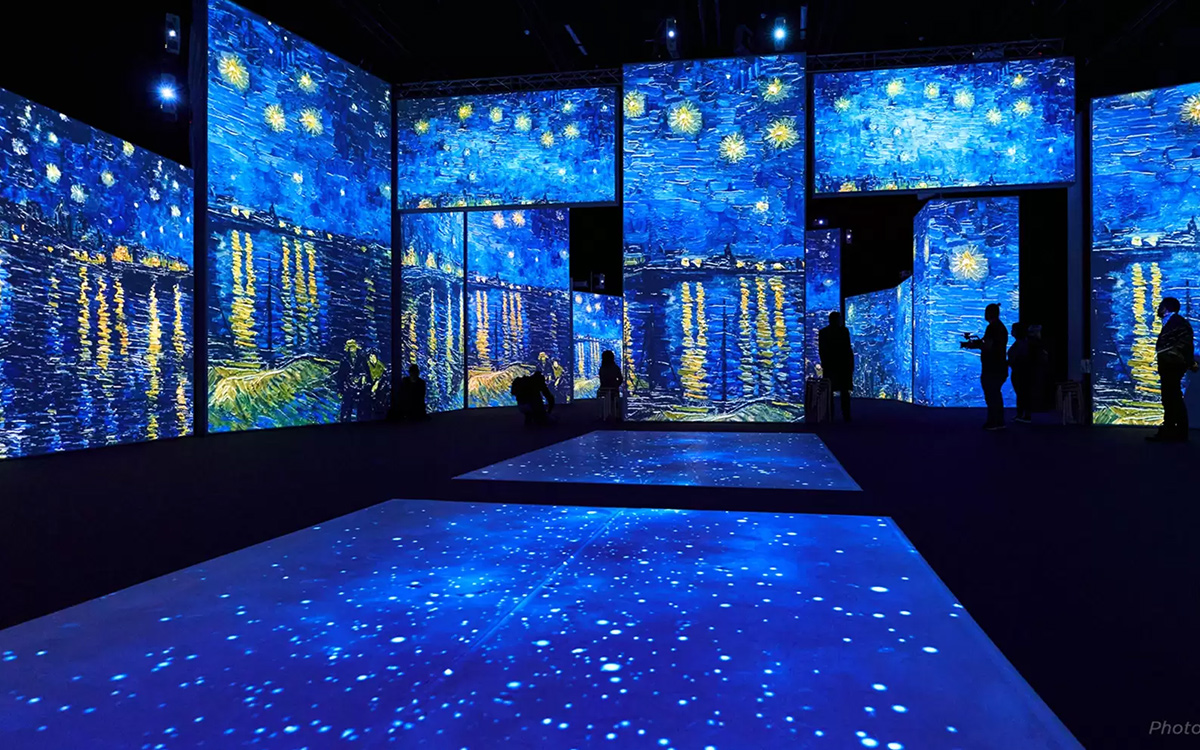 A multi-sensory exhibit that transports you to a digital world

Japanese visual and sound artist Ryoji Ikeda's exhibit consists of lightboxes, stuttering speakers and geometric floors arranged in a maze-like manner. This is one of his largest European exhibitions with works that have never been seen before. The exhibit's point of no return feels like you're walking into a black hole.

Street artist and self-declared photographer JR has been creating art in public spaces since his early days in Paris. The exhibition was curated by The Brooklyn Museum and features photographs of his street installations and films of some of the oldest members from societies across different parts of the world.

Royal Style in the Making - The Kensington Palace

The famous dress created by David and Elizabeth Emanuel in 1981 will go on display at Princess Diana's former home of Kensington Palace. The gown has been loaned by her sons Prince William and Prince Harry. Besides her wedding gown, the exhibit will also showcase works from other designers who have dressed the Queen, Princess Margaret and Queen Mother.

A head-turning exhibition from the British surrealist

This extensive exhibition has the Argentinian artist's experiments with cubism, graphic design, sculptures and early and late paintings, although her real strength was collage – using photographs but also, more memorably, found objects from the seashore, shells and pottery and other flotsam.

Phantoms of Surrealism - The Whitechapel Gallery

This archive exhibition has images of woman in her wedding gown and her head covered in roses as she walks around Trafalgar Square 100 years ago. This event marked a major launch in society of the London Surrealist movement in women.

Step inside the Japanese artist's most famous installations

The Tate Modern was going to celebrate its 20th anniversary with this installation last year so now we get a chance to finally experience it one year later.

From sneakers that were designed specifically for athletes to the lates high-fashion trends, this exhibit explores sneakers from a subcultural and a design perspective.

A retrospective of the British-Ghanian photographer.

This is the first major showcase of James Barnor's works in London and features images from the two continents highlight the different cultures present in each them.

A retrospective of the British-Ghanian photographer.

Adams’s work explores race, religion and sexuality – he is a practicing Muslim, and his pieces reference many of Islam’s iconographies. The work is his first solo showcase in the UK and has a variety of woven materials, sculptures and installations.

The Art of Banksy - 50 Earlham Street

Although this has not been sanctioned by Banksy himself, this exhibit has already been on tour in Melbourne, Tel Aviv and Toronto. We are lucky to now have it Covent Garden.

The tale of Alice’s trip to Wonderland has been reinterpreted, restaged and reimagined countless times since Lewis Caroll first published it in 1865.

The tale of Alice’s trip to Wonderland has been reinterpreted, restaged and reimagined countless times since Lewis Caroll first published it in 1865.

Reflect on the global climate crisis in a Zone 1 forest.

Last year's Design Biennale was postponed to this year and it will consist of a series of innovative installations curated by art director Es Devlin. This year's theme is resonance and the centrepiece is 400-tree forest that will be taking over Somerset House's courtyard highlighting the UN's Sustainable Development Goals.

Two Van Gogh exhibits will be in London this year. The first one Van Gogh Alive has already opened to the public and is a multi-sensory screen experience. The second one Van Gogh: The Immersive Experience will project some of Van Gogh's most known works; the location for this one is still kept secret.

The Beano, UK's oldest children's comic book will have its own exhibition of over 4,000 of its issues as well as works from other artists influenced by Dennis the Menace and others.

Get all the details @CondeNastTraveller