Even Calibri’s Creator Is Glad That Microsoft Is Moving On

Microsoft is switching up its default font for the first time since 2007. 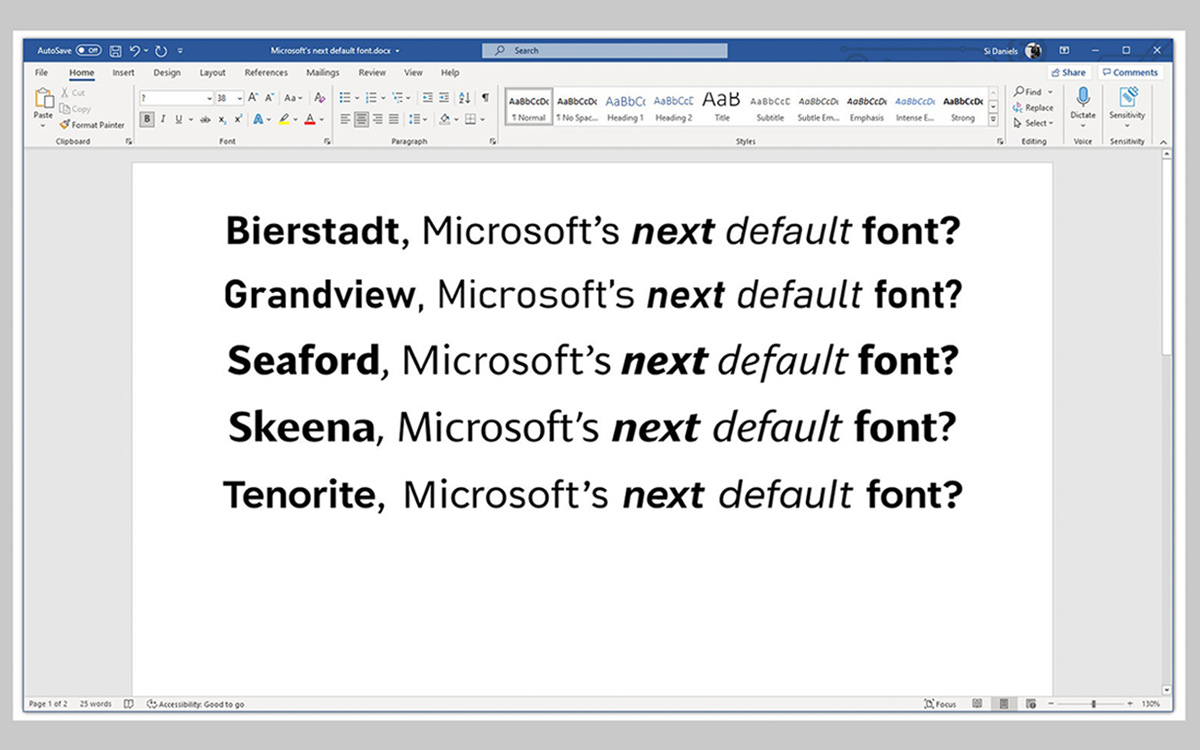 Calibiri has been Microsoft's default font for almost 15 years and this year Microsoft has announced it plans to replace Calibiri with one out of 5 new Sans Serif fonts. Calibiri was designed in the early 2000s as part of a font collection to enhance screen readability. Back then computer displays didn't have the pixel density to render all fonts; rounded corners appeared not as an arch but a stair and therefore Calibri was a a safe bet to comply with the technology of the time.

Five designers have been commissioned to design the fonts and you can start using them already if your Microsoft applications are connected to the cloud. The company wants feedback from users and plan to announce the new default font later this year. Designers and users and already tweeting away their opinions on these fonts. We're excited to see which one will be the winner!