Design inspiration: the best projects from May

Some of our favourite projects this month include illustrations for poet Thomas Hardy and a colourful basketball court in Canary Wharf. 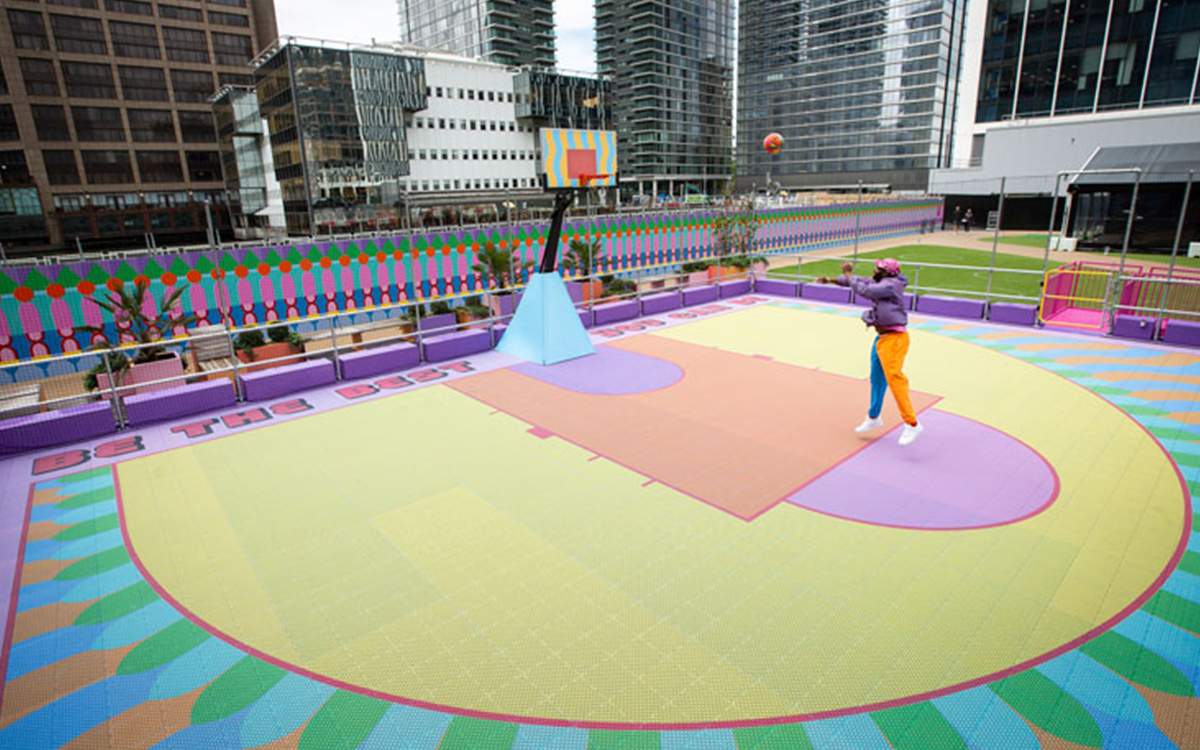 The following design projects from this month have been an impressive sourced of inspiration:

Leeds has announced a year of culture which will run throughout 2023 as a way to celebrate the city’s creativity. There will be a series of 12 events ranging from sports, to poetry, to art and food. The festival has a kinetic identity and its tagline "Letting Culture Loose" was inspired by the idea that the culture of Leeds is everywhere but also invisible at times.

Conversations from Calais billboards, from Buildhollywood

Conversations from Calais, an organisation which documents conversations between migrants and volunteers, has partnered with ad agency Buildhollywood on a series of new billboards to illustrate conversations about poverty, famine and persecution. These are up in 8 cities around the UK and are quite impactful.

The Colours of Pride redesigned flag, by Rethink

For International LGBTQ+ day a Canadian design studio redesigned the LGBTQ+ for Fondation Émergence. The flag has been recreated with the individual wounds and bruises of victims of hate crimes.

The Folio Society’s new edition of Thomas Hardy poems has been illustrated by long-term Radiohead collaborator Stanley Donwood, who has designed some of the band's most iconic album covers. The illustrations are made on different scraps of paper, including old maps. They convey the poet's past and present as well as Donwood's modern and ancient references.

The 2021/22 season of the UEFA Women’s Champions League will launch with a new visual identity and anthem. This new look hopes to convey a timeless spirit for the years to come.

Yinka Ilori has unveiled a basketball court at London’s Canary Wharf designed for two teams of three members. The design was inspired by his British and Nigerian heritage. The top court has a tagline "Be the best that you can be." He wanted to give people a space they could enjoy being outdoors and being together again.

Check out the full story on @DesignWeek