Coca-Cola has unveiled a new, simplified design system across its Coca-Cola, Coca-Cola Zero Sugar and Diet Coke brands - the first global re-design since 2016. 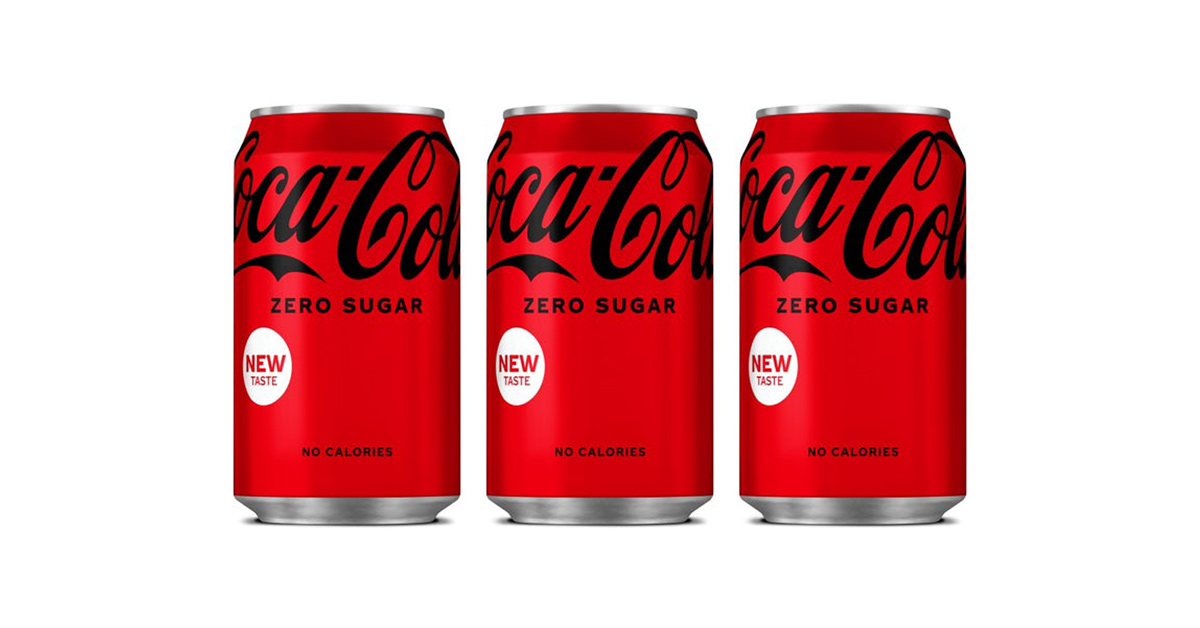 Coca Cola's new logo comes as part of the "One Brand" strategy. The new look removes “added elements” from cans. This new design process started in February when the company launched the new pared-back packaging for Coca-Cola Zero Sugar. The other drinks in its Coca-Cola trademark range will now similarly adopt the simplified approach.

The bright red hue keeps Coca Cola “authentic, delicious and refreshing.” The brand’s signature colour pairings – white type on red for Coca-Cola, black on red for Coca-Cola Zero Sugar and red on silver for Diet Coke – are the basis for the new design. The red disc and line wave which used to be on the cans got removed. The empty space now found on the cans is part of a “visual metaphor”, the company adds. Placing the Coca-Cola wordmark at the top of the can is an indication of the drinks’ “uplifting” potential. All Coca Cola products will feature this look by 2022.

We can expect Coca Cola to release a paper bottle in the near future...we'll stay tuned!

For more on this new design check out @DesignWeek